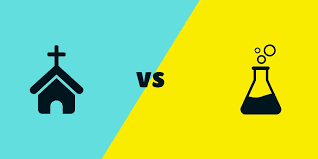 There are many scientists throughout history that are Catholic. They are proud to be Catholic Scientists. Miss Keedwell's Grandfather was a Catholic Scientist who helped develop a part for the space rocket from the moon landings. Mrs Kaur worked as a scientist before she became a teaching assistant at St Anne’s.

As part of the science curriculum at St Anne's, each class learn about famous scientists within their unit of study.

The 'Society of Catholic Scientists' is an international lay organization founded in June of 2016 to foster fellowship among Catholic scientists and to witness to the harmony of faith and reason.

The Society hopes to answer the call of Pope St. John Paul II that 'members of the Church who are active scientists' be of service to those who are attempting to 'integrate the worlds of science and religion in their own intellectual and spiritual lives.'

The Society of Catholic Scientists exists for the following purposes:

The Society exists as a place where Catholic scientists can share their knowledge, perspectives, and intellectual and spiritual gifts with each other for their mutual enrichment, and with fellow Catholics and the wider community.

Each week the society publish information about a different Catholic Scientist. It explains how their faith guides their scientific research.

Why not learn about the Catholic Scientist of the week by using the link below:

Please use the links below to find out more: